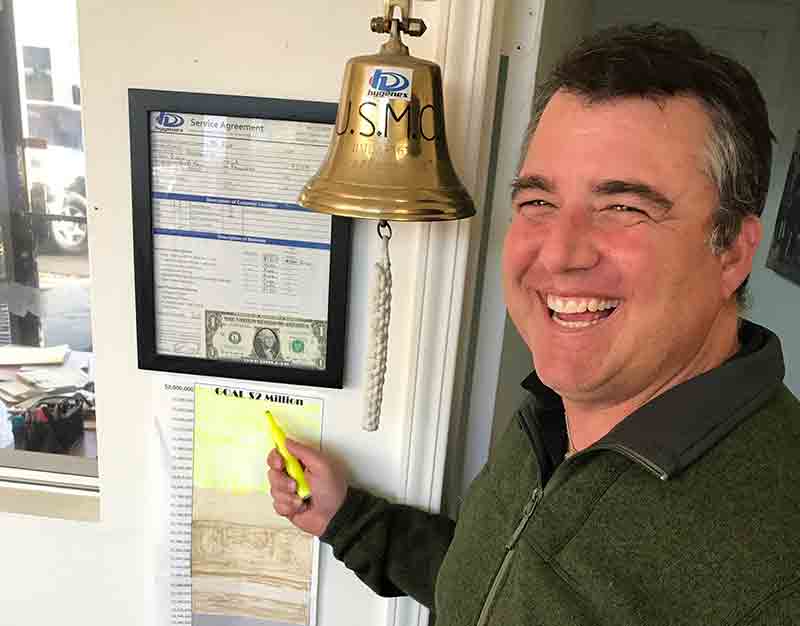 In 1993 Jason Sarner’s father Joel bought a Swisher Hygiene Franchise. While studying for his business degree at University of California Santa Barbara, Jason spent his summer breaks working for Swisher from the bottom up pounding the pavement on sales calls. Upon graduation in 1995, Jason opted to join Joel, eventually becoming his business partner. Joel focused on sales and provided big picture wisdom and experience, while Jason focused on the day-to-day operations of the company.

Over the years they proved to be a very formidable business team, and their business became the largest and most successful Swisher Franchise in the country. When his brother Danny left the Marine Corps 10 years later in 2005, he too became a partner, strengthening the team’s leadership even more.

In May of 2011, the Sarner Family sold their Swisher Franchise to Swisher Corporate. Joel retired to a life of bike rides along the Manhattan Beach strand, spoiling his grandchildren, and vacations to Tuscany with his beautiful wife Jeanne. Danny moved to Hawaii to chase his passion of flying helicopters.

Jason thought he was retired before 40. He wanted to do something he loved, and he wanted to help people, so he became a personal trainer at an elite club. He quickly learned that he simply could not work for somebody after experiencing the freedom of being an entrepreneur. “I just couldn’t work for someone else. I had never really done that in my life, and when I tried, I felt like I had lost the thing I value most in my life, freedom. I needed to get that back.”

He started Hygenex in November of 2011 in San Diego due to a non-compete agreement in Los Angeles with Swisher Corporate. He lived on his sailboat docked at Point Loma Monday through Thursday, and traveled to LA to be with his family every Friday through Sunday in order to grow his new business. And the company grew, and grew…

Sounds like you found another way to help people and still be your own boss.

Ironically, I achieved exactly what I set out to do when we sold Swisher, which is to do something I love and to help people. I love being my own boss, and what better way to help people than to start and grow my own business? Directly, as we grow, we get to support the families of the team members we hire. In a more macro, even spiritual level, we help society by eliminating potentially harmful bacteria and diseases from the workplace. I believe that, and I try to instill that in all of our team members. What if during the lifetime of Hygenex we can prevent one pregnant mother-to-be from getting sick? What if we save one life? It sounds a little corny, but it is how I feel.

I started growing Hygenex organically and methodically because my initial thinking was, I’m retired. I figured why not invest my money into this business and make a heck of a lot more return than I could with any other investment? I knew in my heart that I could grow this business with my experience and faith in the business model. I’ve been doing this for over 20 years. It wasn’t hard for me, and it just kept growing.

We moved to Los Angeles in 2014 when the non-compete ended. Danny saw the opportunity we had together and bought 50% of the business, and things really started to take off. We were growing, growing, growing, and we wanted to expand beyond our reach, so franchising was the next logical step, both for the company’s growth, but also for our own personal growth as human beings. We wanted to share the experience of business ownership with other entrepreneurial-minded people, so they could enjoy the same sort of lifestyle and gain the same sort of personal and financial freedom we achieved as a Swisher Franchise.

In our Mission Statement, we highlight “Entrepreneurial Freedom.” It’s a new challenge, one that we have so much experience in from the other side. While our experience as a franchisee was fruitful, we spent a huge amount of our valuable business time dealing with our franchisor—time we could have used to grow the business. It was a difficult relationship on many levels, but we were still able to become the largest and most successful franchise in the country. We were still able to sell it for an amount greater than any of us thought possible going into it from the beginning.

Why not create a franchise system that makes it easy for our franchisees, not difficult? Why not allow the franchisees to focus on growing and running their own business without unnecessary meddling? Why not make it fun? What can we do to help franchises to succeed? That is not just our goal, it is our mission as Hygenex Franchise Corporation—our purpose for existing. We are going to do it our way. And as a franchise system we’re going to have a blast. 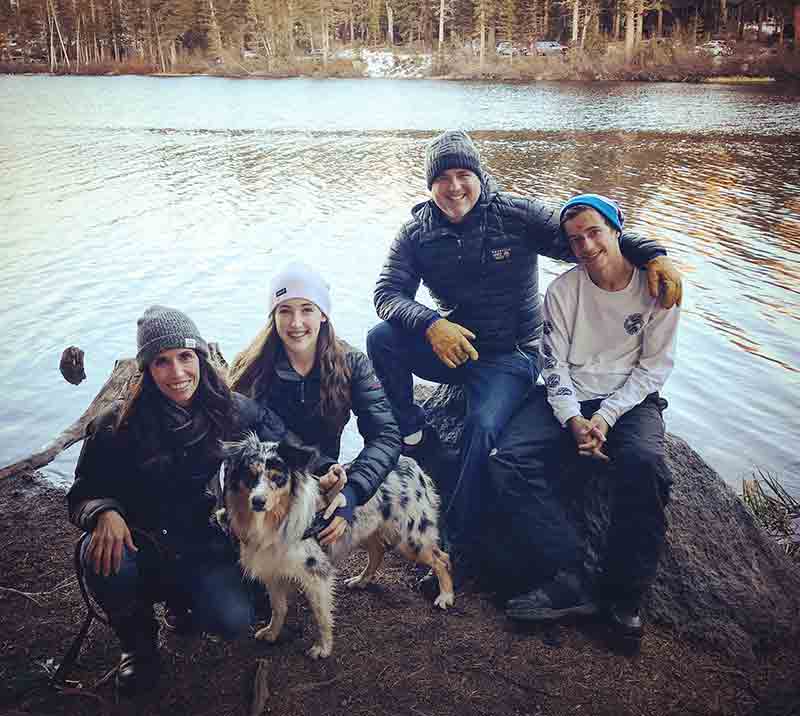 Swisher was good training on what not to do when you started your own thing.

Exactly. Some “what not to do” and certainly some “what worked well” too. The point is, we’ve been through it all from the franchisee end, the good, the bad, and the ugly. As franchisors, we just want to do our best to cut out the bad and the ugly part and focus on the good. I remember when we started, we were told it was impossible to ever get above $300K in annualized revenue. And at the time I think we would have been pretty happy to attain that number. But we got to $5 Million.
Other franchises in the system were extremely successful as well. I mentioned we were the largest and most successful franchise in the United States. But the Vancouver franchise, depending on the month, was bigger than us! It doesn’t necessarily take a huge market area to be successful. It just takes sales. Lot’s of sales. In the end, that’s what we are, a sales organization. The secret is pretty simple: Go out and get business. A lot of businesses tend to gravitate towards their operations and their web designers. For us, its about getting sales and taking care of our team members—which goes hand in hand.

What does growth look like for your industry over the next three years?

There is unlimited growth potential because every company that has a restroom is a company we can serve. That pretty much covers every business in America. Plus, this is low-tech. Facebook will never figure out a way to clean a restroom via an app you can download onto a smartphone. Through franchising, that growth becomes exponential. But we need to be selective and grow properly. We want franchisees who believe in the system and are passionate about being successful in this business. And who want to have fun too.

Why is this a good business opportunity for a potential franchisee?

Every business is trying to figure out how to do reoccurring revenue these days. Microsoft lost a perspective customer every time they sold Microsoft Office for $400. So they changed it to an annual fee for a subscription and re-marketed software as a service. Everybody is trying to do this now, but for us, it happens organically.

This opportunity really comes down to sales, about customers you can go out and get. Prior to Swisher my Dad owned “Diet Center” franchises and was successful for a few years. This was before the “Jenny Craig” and “Nutrisystem” brands came into the marketplace with a great deal of financial backing. He just couldn’t compete. It was very frustrating for him. He had to sit in his office and wait for people to come in or call and sign up for the service. With Hygenex, if you want to grow more, you go out and sell more. You can increase your sales force. You go out and get the business.

We had our best sales years at Swisher during the arguably the worst recession since the Great Depression. That is because we didn’t panic when the financial collapse and subsequent recession hit—we just increased our sales efforts. We hired more sales people, and we got more sales. We don’t promise this business is recession proof but it certainly is recession resistant. Even in rough times when others are going out of business, we increase sales.